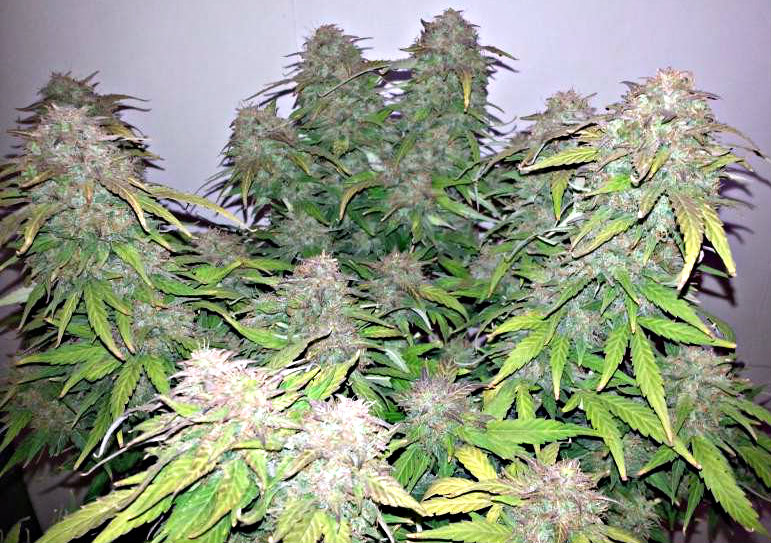 AutoMazar is one of the best yielding autoflowering strains out there and this indica dominant plant is very hard hitting and will give you a very strong body high and an uplifting feeling. Auto Mazar can be grown indoors as well as outdoors and the average yields are from 60 to 200 grams per plant with a record grow of more than 350 grams from one autoflower plant . This strain is great for growers who need a lot of buds for their medical purposes or recreational usage and because of the great heritage genetics of Mazar strain this is probably on of the most sought after autoflowers out there. 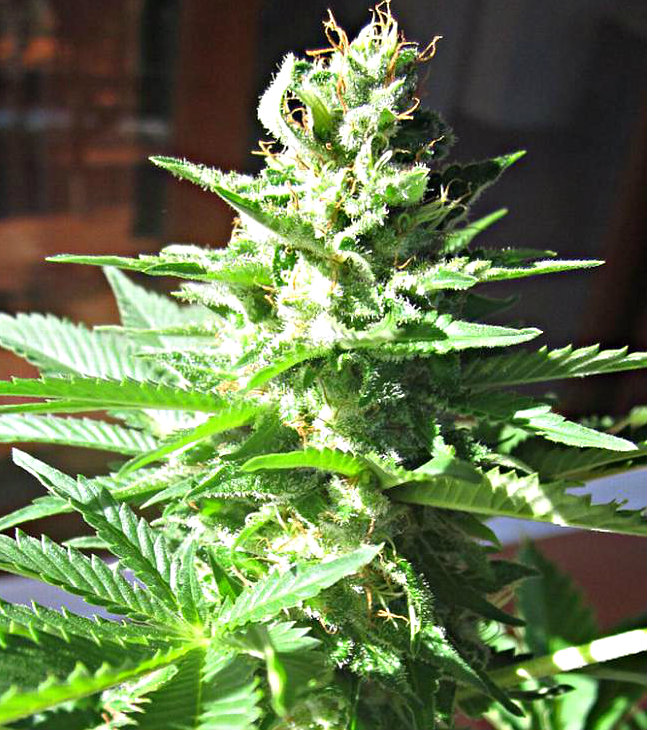 Auto Mazar is an autoflowering strain made by Dutch Passion seed company and it is a cross between the original Mazar strain an unknown Indica as well as ruderalis to give the end plant those autoflowering characteristics. The original Mazar ir a very well known plant that has been around for more than 15 years and originally comes from the Mazar-i-Sharif city in Afghanistan. Over the years this plant has been grown thousands of times and that means the plant genetics have been stabilized and almost every single Mazar that is grown will be exactly the same. And because autoflowering strains in the recent years have become hugely popular Dutch Passion seed company wanted to cross this original Mazar with a ruderalis plant and what they came up with is this automazar! Auto mazar seeds can be purchased either regular or feminized but usually growers use only feminized seeds because that insures that all your plants will be females.

–> Get Auto Mazar on Seedsman and try it out yourself! <–

Auto Mazar can be considered a SUPER autoflowering strain and that means that you can get a lot more yield from a single plant and the average yield is somewhere between 60 and 200 grams but as I mentioned earlier in ideal conditions you can get up to 350 grams from a single plant! This bigger yield means that automazar plants usually grow taller than the average autoflowers and their height rarely is shorter than 60 centimeters and can get up to 120 cm tall so be careful and know that for very small spaces this plant usually will bee too tall if let untouched. But with LST or even HST you can definitely train your Mazar and create multiple main colas and a very bushy plant that grows more horizontally not vertically.

Automazar usually grows longer than other fast performing auto seeds and the average life expectancy is somewhere from 70 to 100 days but usually you will not need more them 80 days growing them from seeds. Because this plant is a cross between Indica, Sativa and ruderalis it has strong resistance to bugs and pests but because of those dens buds that can’t support themselves at the end of the flowering phase some growers have reported problems with mold but that mostly depends on your growing conditions and the humidity as well as temperature in your grow room. You can grow automazar plants indoors, outdoors as well as in a greenhouse and if you give them enough light they will definitely reward you with great yields and usually if the conditions are right each plant will produce more than 100 grams of dried bud mass and for an autoflower strain that is a great achievement. And this massive yield can be harvested not just by some professionals with hundreds or even thousands of dollars worth of equipment but even by first time growers that plant a seed outside in the summer months and after 80 days comes back and get 100+ grams of dried buds! 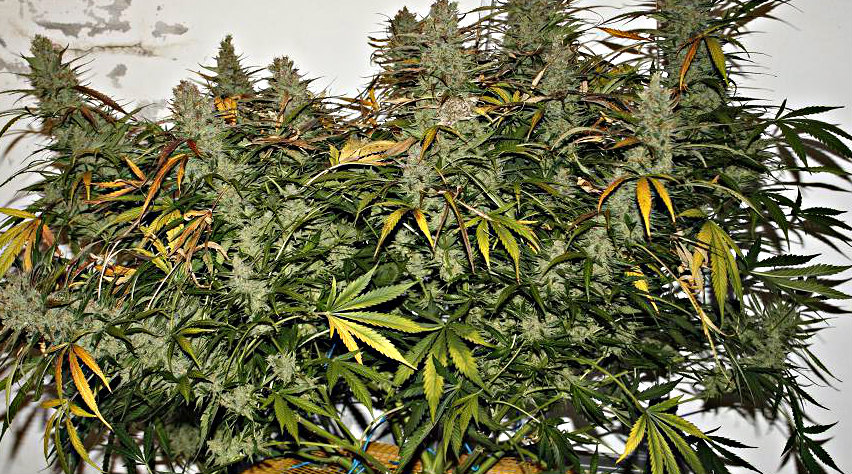 AutoMazar plant usually is very easy to grow and it does not need that much nutrients and because of that longer lifespan some beginner mistakes will not hurt that much as this plant will have time to recover and regroup. Of course any mistake will cost you with smaller yield but the reduction will not be that noticeable if you quickly fix your mistakes and allow your automazar plant to continue its growth uninterrupted. Usually Auto Mazar is grown by intermediate and expert autoflower growers as this strain, when properly cared for, can give massive yields and even outperform some regular photosensitive plant because autoflowering plants can be grown under 20 hours of light and comparing to 12/12 light cycle that is 8 more hours a day of sunlight. And that extra sunlight definitely gives those plants more energy and a faster growth rate in the same time frame. But even beginner growers can experiment with this automazar plant outdoors as well as indoors but if you are growing indoors then keep in mind that you will need a bigger space and in a micro cabinet grow operation you will have trouble keeping your auto mazar from growing into the light source and burning itself.

AutoMazar is one of the best yielding autoflowering cannabis strains out there and an average yield of 100 grams per plant is not that uncommon. And even under some weak CFL light you can get some 40 to 60 grams from this beast! As for the flowering period and the life cycle you can expect a bit longer growth and the average is somewhere from 70 to 100 days so be ready for that before you start your AutoMazar grow. Because of that great yield and long lifespan this strain can be considered a SUPER autoflower and that means that in the genetic make-up almost all the genetics come from Indica and Sativa strains and the only thing that comes from ruderalis is those auto-flowering genetics. Growers usually say that this AutoMazar is almost the same as the regular Mazar strain with the added benefit of automatically flowering under any light schedule and because of that you can even expect bigger yields in the same exact timeframe!

AutoMazar has a very great effect that is hard to describe but it is more of a body high and can definitely be great for anxiety reduction and sleep . The THC content of this autoflowering strain has not been measured in laboratory but because the original Mazar strain had 19.5% THC then we can expect at least 15% THC from this auto. The smell of the plant as well as of the harvested buds is not that great and to be honest this plant actually have almost no smell at all. For some that is a big drawback but for stealth grows and stealth smoking it can be a great advantage. The effect is very long lasting and you will definitely feel it when you have used an Automazar but even with that strong body high you have the will go get up and do the thing you need so there is no couch lock as from other indica dominant strains. In the next morning you can still feel a little uplifting effect but as soon as you get up from your bed you will feel refreshed! While doing this auto mazar smoke report I was pleasantly surprised that you can do some great introspection and overall I liked the effect as it was a perfect mix of both indica and sativa!