You might not know much about Acapulco Gold weed, but there’s a good chance some of y’all were conceived on it. This landrace strain was a marijuana icon well before Seth Rogen was born, before Snoop Dogg graduated from Long Beach Poly, even before Willie Nelson started growing his ponytails. The strain was a mainstay of the marijuana world back in its underground days, and one of the few household names on the black market, long before you needed an almanac to keep up with the latest strains. Known for its golden nugs and potent effects, Acapulco Gold was a king among campesinos, a top shelf Mexican landrace strain in a world of Mexican brick weed. It may be harder to find these days, but there is no denying its influence — or the high it produces. 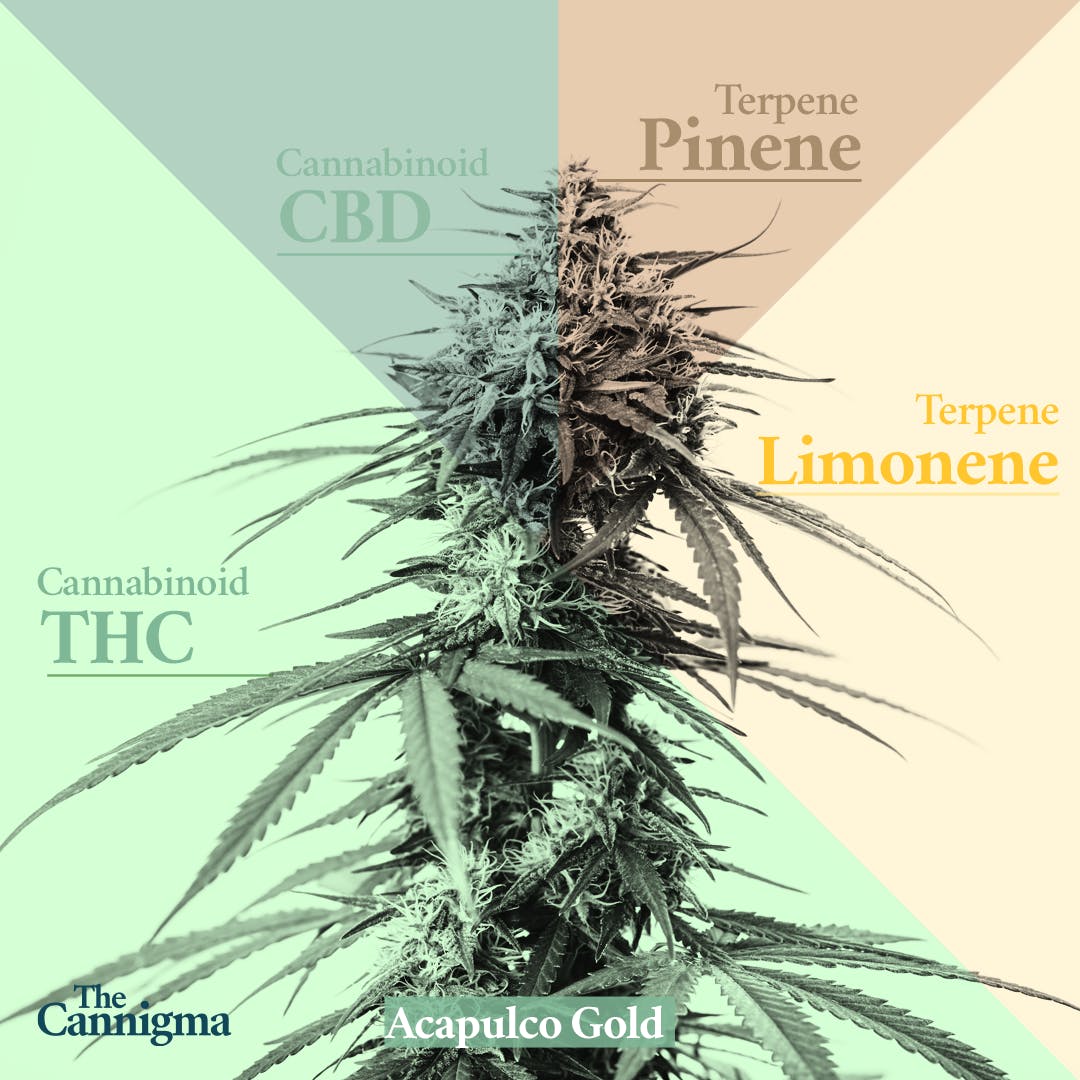 The Acapulco Gold strain occupies the rarefied (and smoke-filled) air of legendary old school cannabis varieties like Maui Wowie or Thai Stick. A sativa-dominant landrace strain, Acapulco Gold is believed to have originally been grown in the Mexcian state of Guerrero, outside the coastal city of Acapulco, though its true origins remain clouded in mystery. It also reached its greatest fame in the 1960s, not long after the city of Acapulco was in its heyday.

Cannabis Pharmacy states that the strain’s origins are actually in the neighboring Mexican state of Oaxaca, and that it was one of the strains used to first breed Skunk, one of the most influential cannabis chemovars in history.

According to William Novak in Marijuana in the Lives of America, Acapulco Gold first hit the scene in the US around 1964, the same year that the Beatles arrived in America. Both would have a major impact, and, according to Novak when Acapulco Gold “first appeared in the United States around 1964 it was one of the few quality varieties around; as a result, the name became popular was soon used to describe almost any good Mexcian marijuana.”

Only a year later, the Oxford Dictionary defined Acapulco Gold as “a high grade of marijuana, typically brownish – or greenish-gold in colour, originally grown around Acapulco.” This was 13 years before Cheech and Chong recorded their own ode to the herb — make that two odes to the herb.

In 1978 — the same year that Chong passed Cheech a giant joint of Acapulco Gold in Up in Smoke — the US Department of Health, Education, and Welfare put out a statement warning that the herbicide paraquat found in Meican mota poses a health risk. A Washington Post report from the same time stated that “since the chemical turns marijuana a yellowish-gold in color, uninformed users easily could confuse the contaminated marijuana with high-quality marijuana, known popularly as Acapulco Gold.”

By then though, Acapulco Gold had already inspired a trafficking film and a mockumentary, and had spent well over a decade as a marijuana icon and the favored strain of a whole constellation of weed-friendly celebrities.

Today, Acapulco Gold is known for its golden brown nugs, earthy and coffee-like flavor, and its energetic and cerebral high that could even put a smile on La Llorona’s face. While it may be harder to find than in the halcyon days when it ruled the weed underworld, Acapulco Gold’s influence remains an indelible part of today’s marijuana market and culture.

Cannabinoids and terpenes in Acapulco Gold

The chemical profile you see below is an average of laboratory tests for products called “Acapulco Gold” – so it’s just an estimate of what you might find when you buy Acapulco Gold.