Where are the Hindu Kush Mountains

Where are the Hindu Kush Mountains? 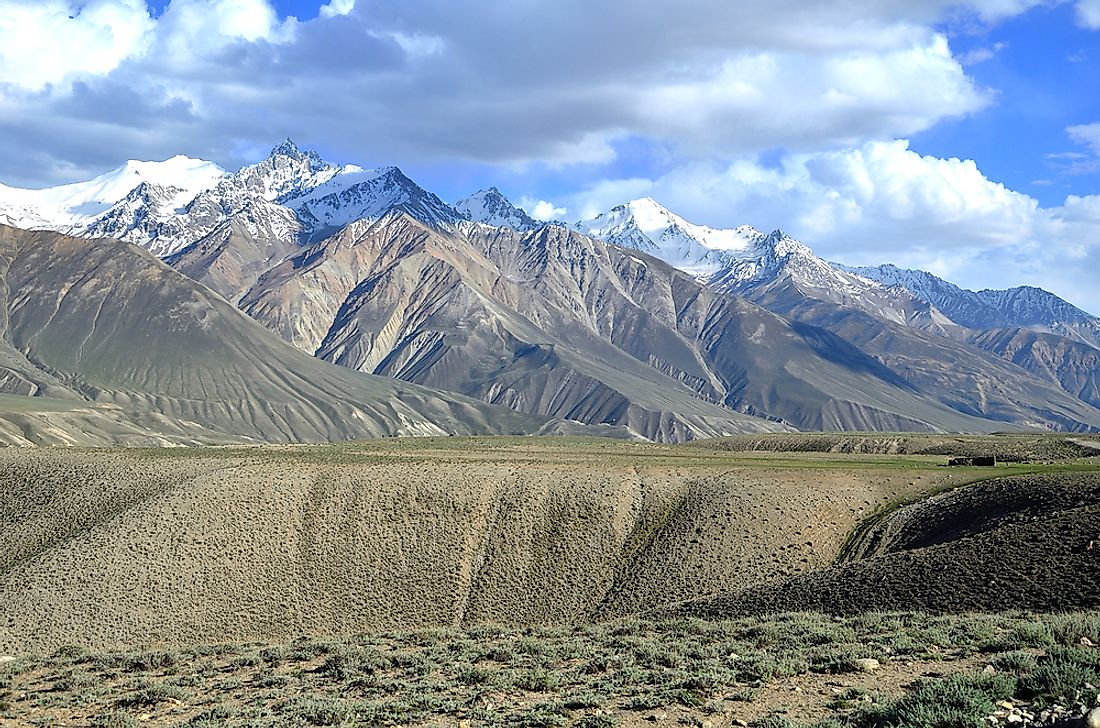 The Hindu Kush Mountain range runs along the border between Afghanistan and Pakistan. It extends over 500 miles, experiences earthquakes, and separates the Amu Darya valley from the Indus River Valley. There are several known mineral reserves here which include ancient lapis lazuli mines and more recent silver mines. Aside from their abundance in important minerals, the Hindu Kush mountains are important sources of water for the valleys below and are covered in glaciers and rivers. Some astoundingly high elevations can be found in this mountain range as well. This article identifies the highest peaks of the Hindu Kush mountains.

The Tirich Mir peak rises 25,289 feet above sea level and is located on the Pakistan side of the border. Residents and visitors to the Chitral village can see the mountain from the town square. In Tirich town, those brave enough to climb can find porters who will take them part of the way up. The climate on Tirich Mir is considered subarctic and has reached temperatures as low as -30 degrees F. In 1950, a Norwegian group was the first recorded expedition to reach the top.

The second highest peak is Noshak, which reaches 24,580 feet. This peak is right on the border with the north and west sides in Afghanistan and the south and east faces in Pakistan. Noshak is the highest mountain in Afghanistan. The first recorded climb was in 1960 by a Japanese pair. For years, this peak was closed to outsiders because of the dangers of constant warring. However, in 2011, the government reopened the mountain citing improved security conditions.

The Istor-o-Nal mountain is third on the list with an elevation of 24,288 feet. This peak is within Pakistani borders and is often overlooked due to its location. From easily accessible viewpoints, the Istor-o-Nal sits behind Tirich Mir and therefore not often seen. A Princeton Mountaineering Club expedition reached the top of the mountain on June 8, 1955.

Number 4 on the list is the Saraghrar mountain at 24,080 feet in elevation. This granite peak, located in Pakistan, is continuously snow and ice covered making it a challenging climb. The first successful attempt was on August 24, 1959.

When most people picture Afghanistan and Pakistan, they think of large desert expanses and war-torn cities and towns. However, as noted above, these countries host some of the tallest mountain peaks in the world that offer beautiful views and unique environments. In fact, both nations were once tourist attractions, particularly for mountain climbers. The Hindu Kush mountains, in particular, have played an important role in tourism and unfortunately, in wartime. This mountain range has since ancient times, housed various military endeavors. These include the Cold War and most recently, the US-UN collaboration to fight Al Qaeda and the Taliban. It was around 1979 that the mountain climbing industry began to suffer due to the political instability of the region. Recently, however, with the return of increased security, the Hindu Kush mountains have once again made their way onto some of the most adventurous climbers’ bucket lists. Perhaps one day, once complete stability has been reached, this region will become as popular with climbers as the Himalayas or the Andes.