Like an aimless ride on a canal boat or an afternoon gazing at the ceiling in a coffeehouse, a pull on a nicely-rolled joint of Super Lemon Haze is a feature of countless trips to Amsterdam. This sativa-dominant hybrid is a mix of Lemon Skunk and Super Silver Haze, and produces an energetic and happy high, like a tall glass of caffeinated lemonade. One of the world’s most flavorful cannabis strains, the Super Lemon Haze strain has become a mainstay in marijuana culture over the last decade or so, and for good reason. 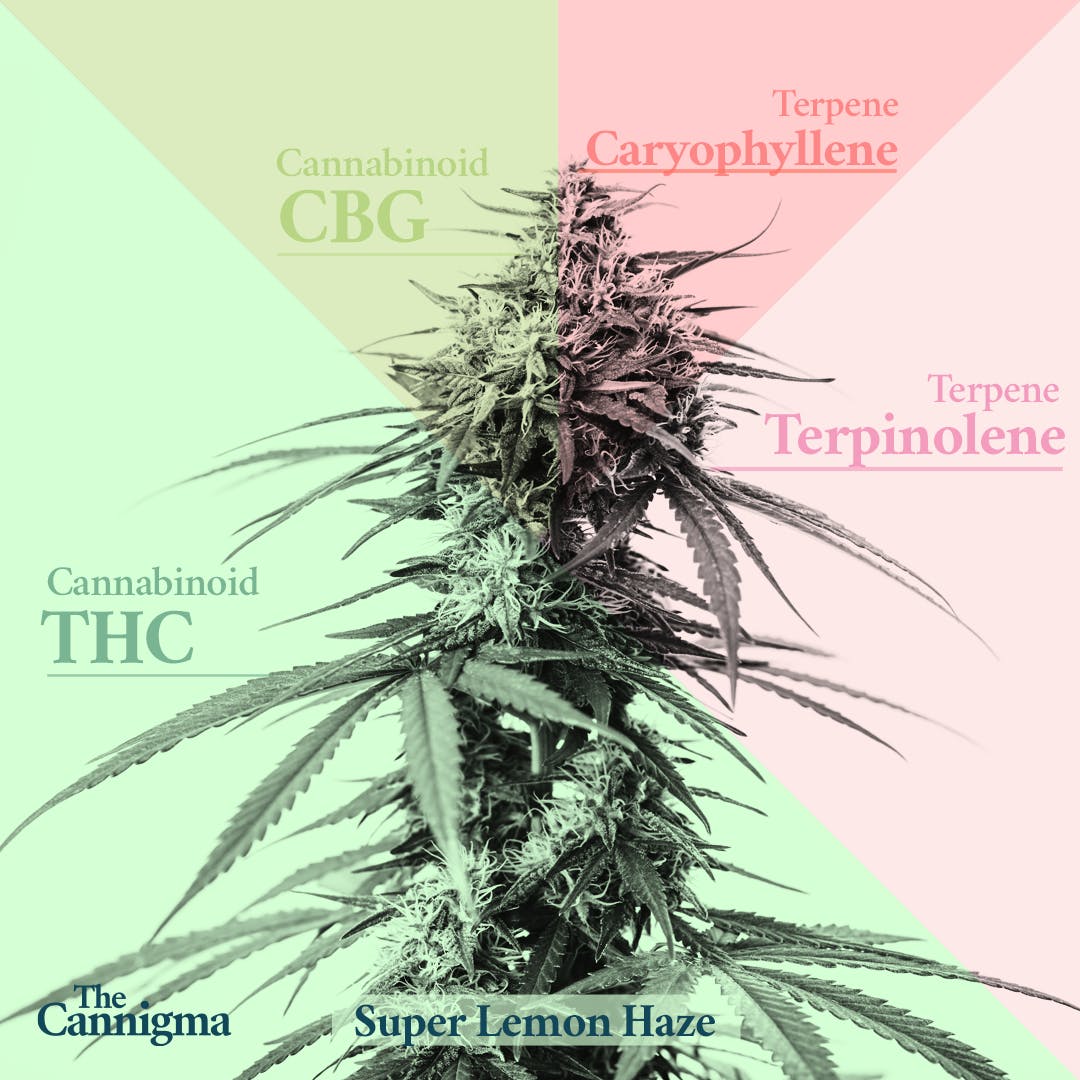 The Super Lemon Haze strain (aka SLH) is credited to the breeders at Greenhouse Seeds in the Netherlands, the cannabis cultivation legends who have won enough cannabis cups over the years to fill a garage — Greenhouse Seeds has taken 40 High Times Cannabis Cups and 17 Highlife Cups, not to mention many other smaller competition titles. And while the Greenhouse breeders have earned acclaim for their efforts to collect landrace strains from around the world, Super Lemon Haze is one of their famous in-house creations.

Super Lemon Haze has won 8 Cannabis Cups since 2008 and a legion of fans across the world. According to Greenhouse Seeds, it’s a cross of Lemon Skunk and Super Silver Haze, and produces “a very powerful high, very balanced between a physical and cerebral side.”

It’s probably no surprise, but Super Lemon Haze is known for its powerful yet sweet citrus taste and aroma that is a major part of the fully-immersive feeling of smoking this strain. The citrusy flavor can also make using Super Lemon Haze oil an especially pleasing experience.

This is not a nighttime, let’s crash on the couch by 10am and leave an imprint in the cushions, kind of strain. Super Lemon Haze is a pick me up, the type of strain you want to smoke when you have the full day ahead of you and you have some creativity to get out of your system.

The chemical profile you see below is an average of laboratory tests for products called “Super Lemon Haze” — so it’s just an estimate of what you might find when you buy Super Lemon Haze.

How Super Lemon Haze affects you

Based on user reports from resources such as Leafly and Wikileaf, Super Lemon Hazetends to produce happiness, energy, upliftment and euphoria, and could cause dry mouth, dry eyes, and dizziness. But really, marijuana affects people in different ways. The two main factors are your own biology (your endocannabinoid system, metabolism, age, weight, etc). and the product you choose (the cannabinoid profile, the terpenes breakdown and the delivery method).

That being said, the above chemical profile could potentially help with conditions and symptoms such as pain, inflammation, insomnia, and depression.

What’s it like to grow your own Super Lemon Haze plant? Why not take it right from the source: According to Greenhouse Seeds, Super Lemon Haze is ideally suited to equatorial, tropical, subtropical, and temperate climates.

According to Greenhouse, if you’re growing outdoors you can expect a yield of up to 40 ounces per plant, though being that it’s a tall plant, you’ll need to set up some sort of support as it climbs skyward. Indoors, Greenhouse says the plant will grow medium-tall, with long and wide branches, and is ideal for use with the Sea of Green and Low-Stress Training methods of cannabis cultivation. Greenhouse states that Super Lemon Haze’s flowering time is 10 weeks if grown indoors.

Overall, Super Lemon Haze is commonly described as an easy-to-grow and manage cannabis strain that provides a sizable yield of the top-quality herb.

When growing cannabis, the right seeds can make even an amateur feel (and look) like a pro. With the naked eye, you’d be hard-pressed to tell the difference between regular seeds and those from a prize-winning strain. This is where buying from a trusted seedhouse comes in.